In this blog article, you will learn about setting up Angular development environment and executing the angular project.

Steps to setup Angular Development Environment
Step 1: Install Node.js and npm package manager
a) Download and Install Node.js from https://nodejs.org (.msi file)
b) Angular requires Node.js version 10.9.0 or later.
To check your version, run node -v in a console window.
To check that you have the npm client installed, run npm -v in a console window.

Step 2: Install the Angular CLI
You use the Angular CLI to create projects, generate application and library code, and perform a variety of ongoing development tasks such as testing, bundling, and deployment. To install the CLI using npm, open a console window and enter the following command:
npm install -g @angular/cli

The ng serve command launches the server, watches your files, and rebuilds the app as you make changes to those files.
The –open option automatically opens your browser to http://localhost:4200/ 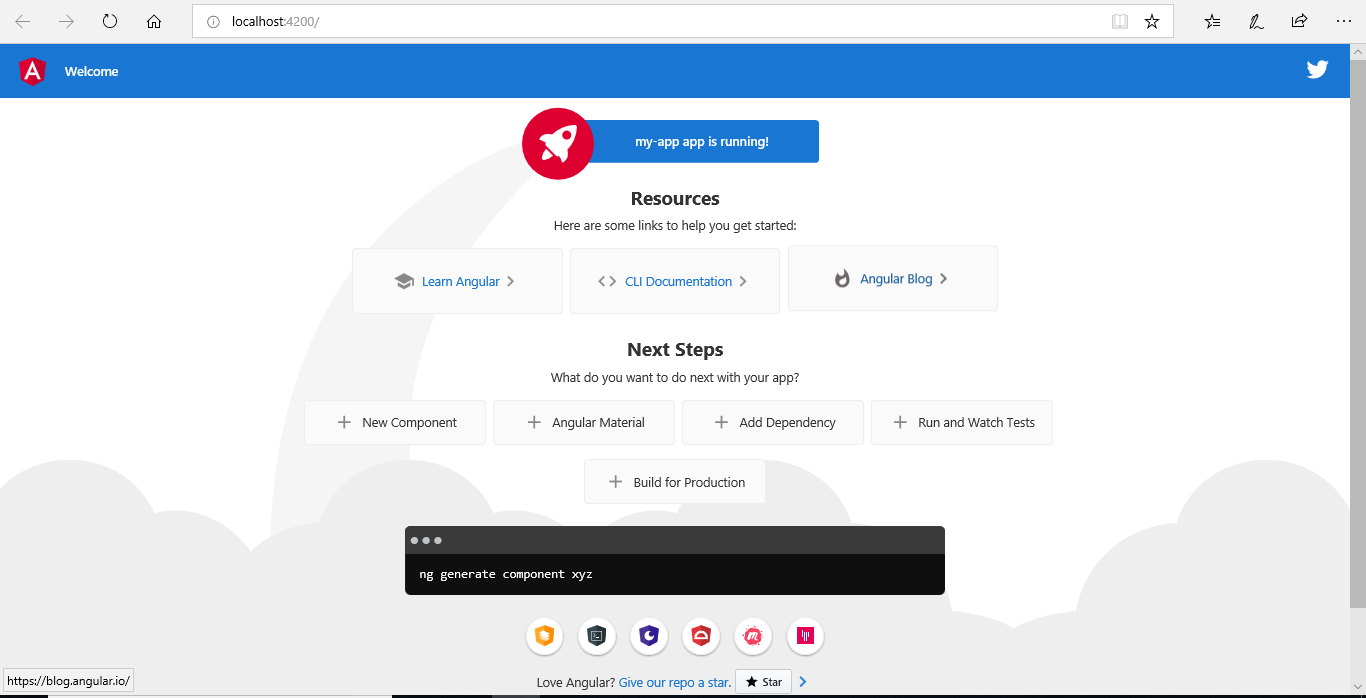 Learn more about Angular Components in our next Angular Blog article series.